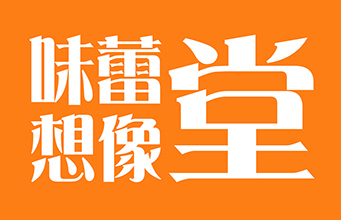 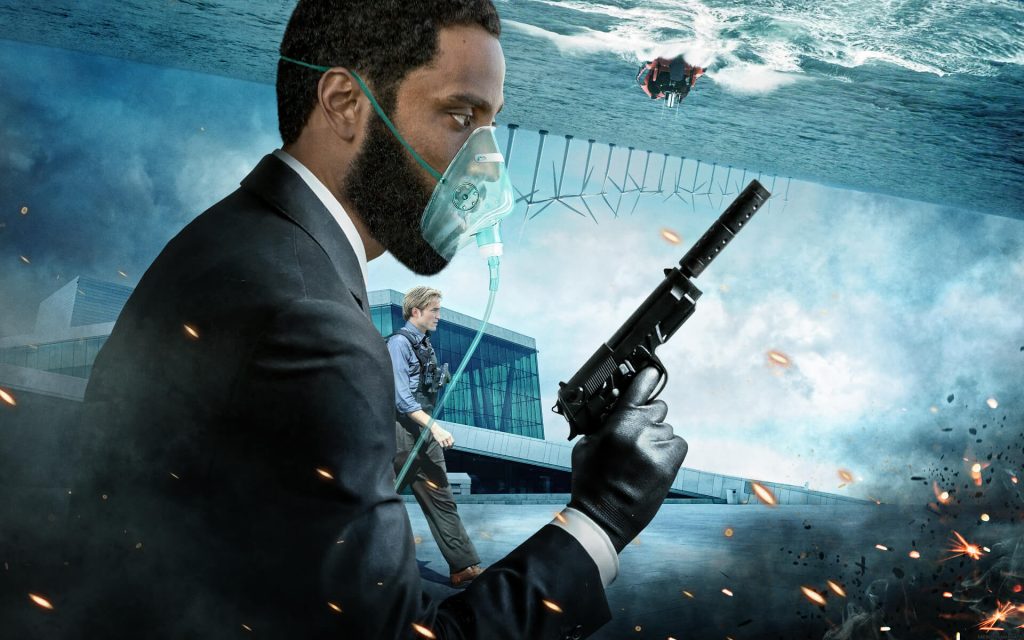 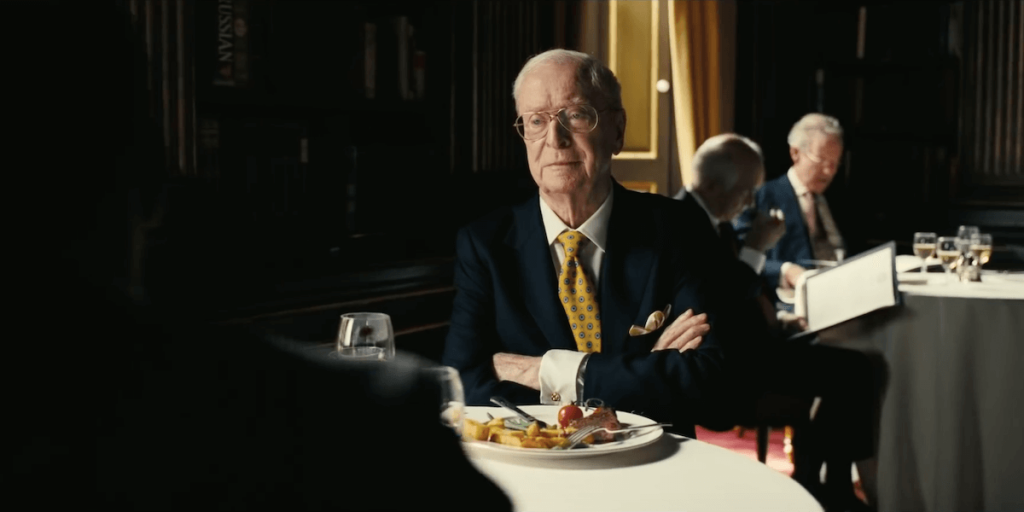 In the midst of the corona crisis, I went to see the much talked about movie “Tenet” at the IMAX theater!

Thinking back, when I went to see Star Wars: Dawn of Skywalker at the end of December 2019, a shocking image played only on the IMAX screen before the screening.

Just before the concert was about to start, gunshots echoed through the hall, a police special forces unit gathered as the conductor was hit by a deadly bullet and the hall was overrun, and several groups of people disguised as those special forces. They infiltrate the hall under the cover of the special forces, rescue someone who seems to be a key figure, and then the word “TENET” appears on the screen.

We were shown these tense images of a few minutes of video without any prior knowledge of the situation, in high-definition, high-quality sound.

If anything, I remember it being more interesting than the main Star Wars: Dawn of the Skywalker movie.

If I had to give a spoiler to a movie called TENET, it would be a big story, and I’d like to have a good time with my friends and family and not write about it on the blog, but after all, we are in this day and age…

So, I’m going to write this with as much care as possible to avoid spoilers.

The Imaging Revolution
If you watch the trailer, I think there was a scene where the footage is in reverse. Why is this happening, please go see the movie.

I can’t explain it! If I did, the fun would be halved.

But I guess the Matrix was the first movie to use the term “visual revolution” as a sales pitch. At the time, I didn’t know what the revolution was, and I thought the revolution was Keanu Reeves dodging bullets while lying on his back, but in fact, the revolution was the use of CG in the background, and now, more than 20 years later, CG has been used in scenes that I never expected to see. Rather, Christopher Nolan appeared in the film world, where we see images without realizing that they are CG.

Christopher Nolan, a movie sensation
My first exposure to Nolan’s work was Memento.

Released the year after the first Matrix film was released, this was a difficult film that alternated between reversing the timeline and keeping it the same, a film that could be called a time-manipulation film in the same vein as TENET.

In a CG-heavy world, Christopher Nolan, famous for his dislike of CG, has done it again!

I won’t go into too much detail because it would take away from the fun, but for example, in The Dark Knight, he blew up a hospital; in Dunkirk, he tried to make hundreds of thousands of people look like hundreds of thousands of people; in Interstellar, the scenery outside the spaceship is not green back. Furthermore, he insists on shooting on film and not digitally, and he shoots on a huge IMAX film, so if you use half-hearted CG, it looks like it’s fake. ! It was full of scenes that made me think “What is this?

That’s why this film, TENET, is the only film in the last few years that has undergone a “visual revolution”, and it’s not an exaggeration to say that.

A simple story with a complex plot
I’ll explain the story in a very simple way.

‘The Story of a Man Who Saved the World from Ruin’

But that’s where the complication of time regressing comes in. The visual representation and plot depicts the regressive nature of time, and the element is built into the main plot of the story a little bit at the beginning. So even one scene that doesn’t seem to make sense at first glance is an important element in the recovery of foreshadowing in the second half of the film, so you can’t afford to miss a scene.

That said, I’m not that good at difficult movies myself.

A sense of presence in IMAX
It’s loud.

The sound was loud.

I think the sound was louder than the actual gunshots in the IMAX.

I haven’t seen the film in a non-IMAX theater, so I can’t say for sure, but I think the music was used quite effectively in TENET. At worst, the volume of the music is too loud. It seemed like there were scenes where the music was louder than the gunshots.

This time the music was done by Ludwig Göransson, a Swedish native, away from Hans Zimmer, who has long been in charge of music from Batman Begins, and Childish Gambino at the Grammy Awards in February 2019. “This Is America” was the talk of the year, winning “Record of the Year” and “Song of the Year” as well as four other awards, but Childish Gambino, who was not at the event, was replaced by , This is Aameraca’s co-producer Ludwig Goranson. In addition to this, he also scored the film Black Panther and became the first composer in history to be awarded three trophies in one night at the 2019 Grammys.

Such is the music of TENET by Goranson.

Even if you haven’t seen the movie, it will keep you on the edge of your seat.

Anyway, there’s no doubt that this music was the key to the movie.

And TENET’s soundtrack, there’s actually a version that plays backwards!

Is Goranson a genius?

Is TENET interesting after all?
As I used to say when I would tell people what I thought of my last film, Dunkirk, “This is not a movie.

I mean, “Dunkirk” wasn’t cinematic fun at all (my personal opinion, I know).

I was proselytizing, telling myself that this was interesting because it was made by my favorite Nolan, and there are many more interesting war movies out there, but when you look at it as a movie, though it was great as a tense piece of visual art, with its suddenly deafening gunshots and the gradual sound of bombs approaching, it’s great.

And what about this film TENET?

I don’t know what I’m talking about!

The movie is enjoyable enough to follow only the story that unfolds purely in front of you in a bokeh. There are plenty of action scenes, car chases, fight scenes, and foreshadowing for everyone to see.

Just was that element necessary? I think there were a lot of things that I thought.

Why doesn’t the main character have a name?
The protagonist, played by John David Washington, a former football player and the son of actor Denzel Washington, is not revealed by name until the end. There’s no particular explanation as to why.

Who is that and for what purpose?
The explanation is too unfriendly. I could see what the bad guy was trying to do. But why? And after that? I thought. Kenneth Branagh is the villain in this movie, but he doesn’t seem to be a villainous person, and in 007 and other movies, the bad guys often want to control the world. But I don’t really understand the cause of this movie, it’s like Thanos in Avengers, but it’s also a weak motive for the fallout afterwards.

A waste of great actors.

Since his first appearance in 2005 in a Christopher Nolan film in Batman Begins, Michael Caine, a superstar actor, has been appearing in 8 consecutive Nolan films for over 15 years. In the Batman series, he played Alfred the Butler, an important role in support of Bruce Wayne, and in Dunkirk, he was only the voice of the character, but his scenes in this film are thought-provoking and, I’m going to say this because it probably wouldn’t hurt to say it, he plays a man in a suit who pays for it.
It’s not an important role at all and it’s a shame.
Isn’t it kind of flimsy?
In Memento, the protagonist with anterograde amnesia takes on a complex conspiracy. Inception had an action suspense that incorporated different layers of consciousness, and Interstellar had a blunt core of parent-child love at its heart. So when I think about what happened with TENET, I can’t think of anything for a minute. The story goes on for a little over two hours without being able to relate to anyone. I feel like I have mixed feelings, I want to root for them, and the emotional ups and downs (on the viewer’s side) are thin in this film.

Summary
It’s you, the person who actually saw it, who decides if it’s interesting or not.

If you happen to see this blog post and think, “Well, it’s not worth it if it’s a boring movie after all,” and you don’t watch it in a theater or even through a streaming service, the movie industry itself will cease to exist.

I think “it wasn’t fun” is a fair comment for the entertainment you pay for.

Watching a movie in the midst of the corona epidemic can be unsettling and can spread the infection, but I think it would be great if we could enjoy entertainment with the right knowledge and the right measures to continue our culture in the future

SCAN THIS QR CODE WITH YOUR PHONE